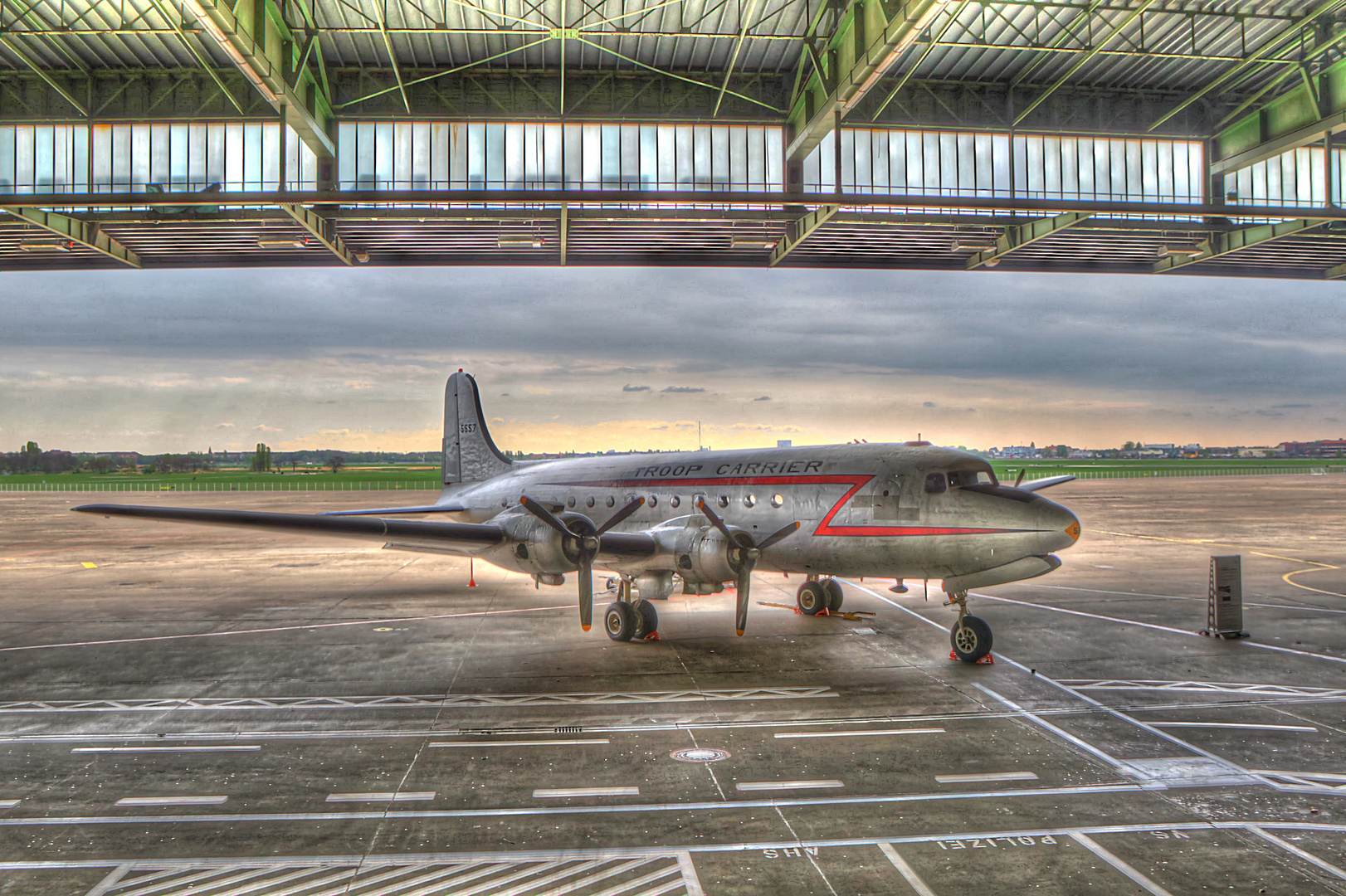 Douglas C54, also known as "Rosinenbomber" after 2nd World War, under roof construction in Tempelhof Airport, Berlin Central.
Airport was in use from 1923 until October 2008, now an 'open air and buildings-museum'

Start of a little series about Tempelhof Airport