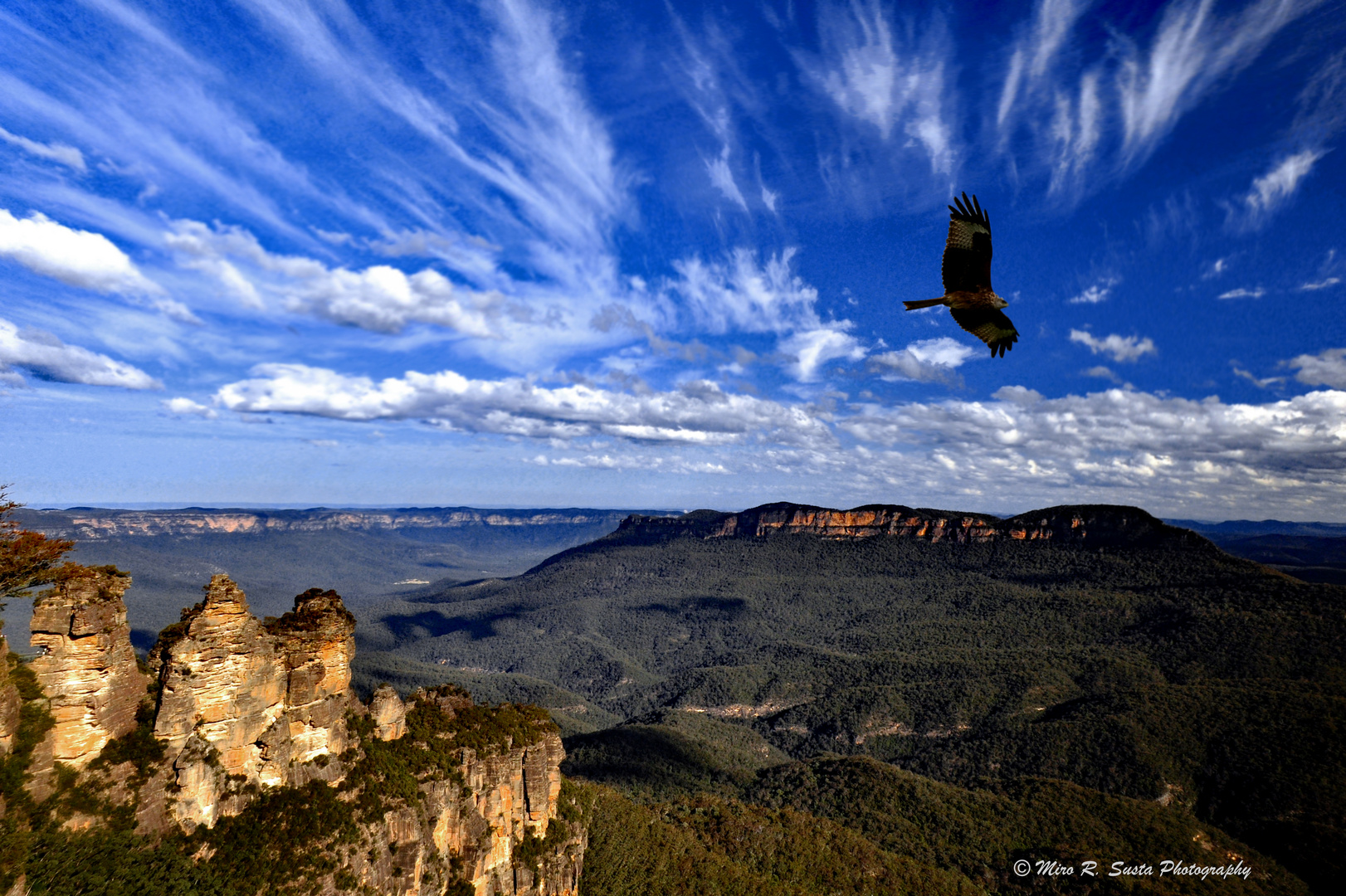 Three Sisters and the Eagle

Three Sisters and the Eagle

Three Sisters is a rock formation, formed by sandstone erosion, in the Blue Mountains Jamison Valley of NSW, Australia.
Their names are Meehni, Wimlah and Gunnedoo. The commonly told legend of the Three Sisters is that three sisters lived in the Jamison Valley as members of the Katoomba tribe.
They fell in love with three men from a neighboring tribe (the Nepean tribe), but their marriage was forbidden by tribal law. The brothers were not happy to accept this law and so decided to use force to capture the three sisters.
A major tribal battle ensued, and the sisters were turned to stone by an elder to protect them, but he was killed in the fighting and no one else was able to turn them back.
The Three Sisters rock is close to town of Katoomba.