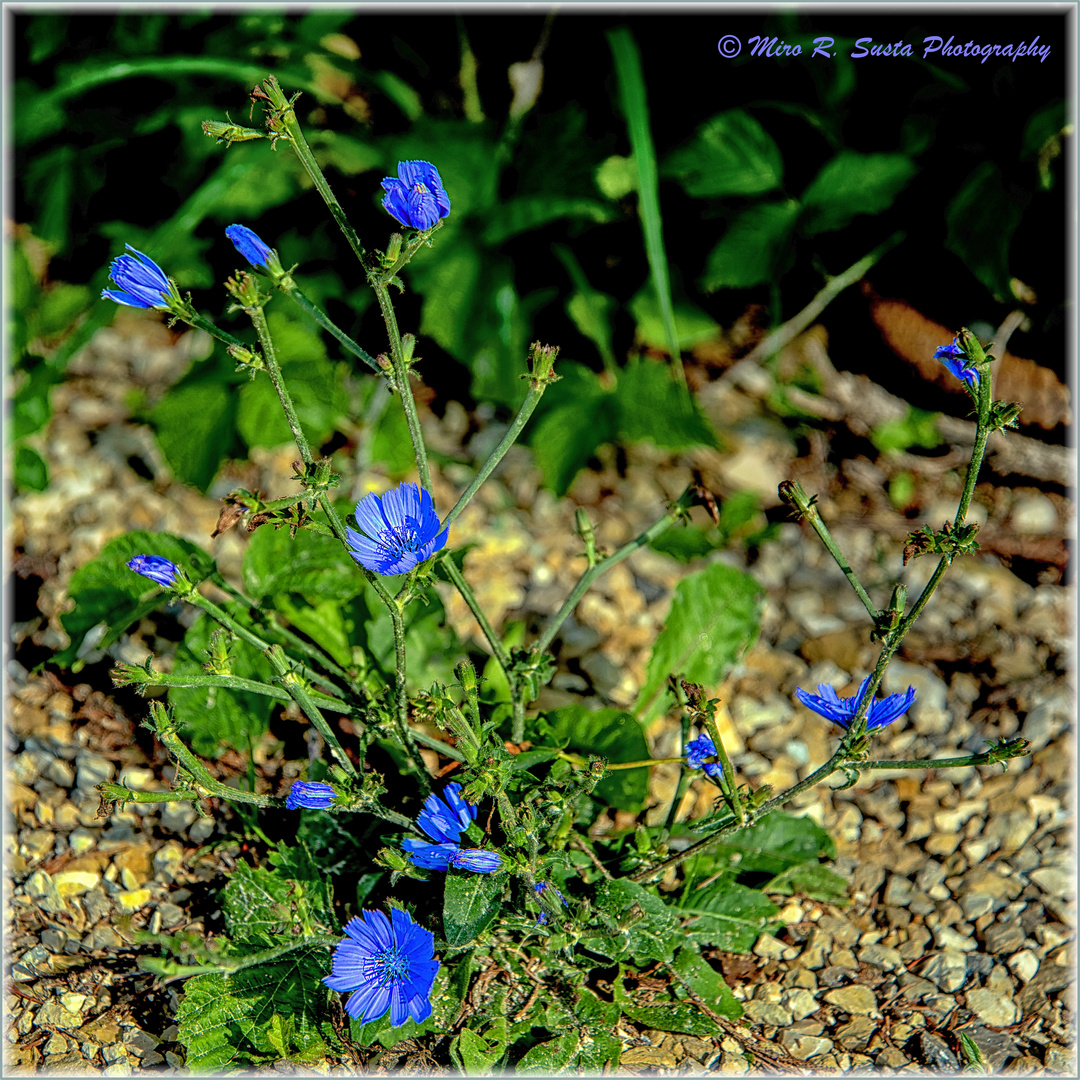 Chicory belongs to the dandelion family that is characterized by a tough, hairy stem, light purple flowers. Chicory coffee tastes similar to coffee but has a flavor that's often described as slightly woody and nutty. During the blockade, the French mixed chicory with limited supplies of coffee to make their coffee stretch -- and even used it in place of coffee altogether. While chicory does't have any caffeine, it does share a similar flavor to coffee, which makes it a decent substitute in times of need.