Phang Nga (Thai: พังงา) is one of the southern provinces (changwat) of Thailand, on the shore to the Andaman Sea. Neighboring provinces are (from north clockwise) Ranong, Surat Thani and Krabi. To the south is the Phuket province, but without land boundary to Phang Nga.The province is located on the west side of the Malay Peninsula, and includes many islands of the Phang Nga Bay. The most famous one is the so-called James Bond Island, a needle formed limestone rock in the sea, which featured in the 1974 movie The Man with the Golden Gun. 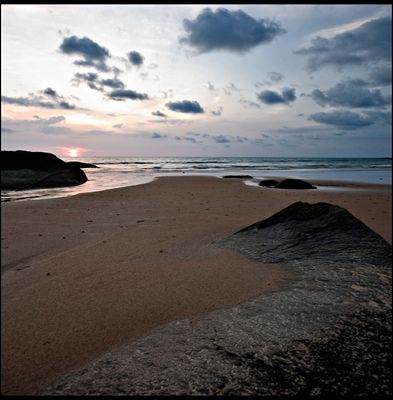