The Union of Myanmar is the largest country by geographical area in mainland Southeast Asia. The country is bordered by China on the northeast, Laos on the east, Thailand on the southeast, Bangladesh on the west, India on the northwest and the Bay of Bengal to the southwest with the Andaman Sea defining its southern periphery. The country is divided into seven states (pyine) and seven divisions (yin). Divisions are predominantly Bamar. States, in essence, are divisions which are home to particular ethnic minorities.

The country's culture, heavily influenced by neighbours, is based on Theravada Buddhism intertwined with local elements. Burma's diverse population has played a major role in defining its politics, history and demographics in modern times, and the country continues to struggle to mend its ethnic tensions. The military has dominated government since General Ne Win led a coup in 1962 that toppled the civilian government of U Nu. Burma remains under the tight control of the military-led State Peace and Development Council.

The name "Burma" is derived from the Burmese word "Bamar", which in turn is the colloquial form of Myanmar (or Mranma in old Burmese), both of which historically referred to the majority Burmans (or the Bamar). Depending on the register used the pronunciation would be “Bama” or Myanmah. The name “Burma” has been in use in English since the time of British colonial rule.
Durchsuchen
Anmelden zum folgen
Alle Hauptsektionen
zurück
zurück
zurück
zurück
zurück
zurück
zurück
zurück
Die Sektion gibt es leider nicht. Versuche es bitte mit einem allgemeinerem Begriff. Letzte Sektionen 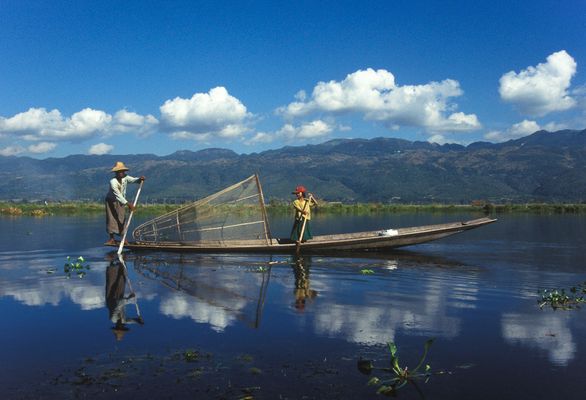 Ayeyarwady Division is a division of Myanmar, occupying the delta region of the…

Kachin State is the northernmost state of Burma. Capital is Myitkyina. 1.4 mill…

Sagaing Division is an administrative division of Myanmar, located in the north-…

Shan State borders China to the north, Laos to the east, and Thailand to the sou…