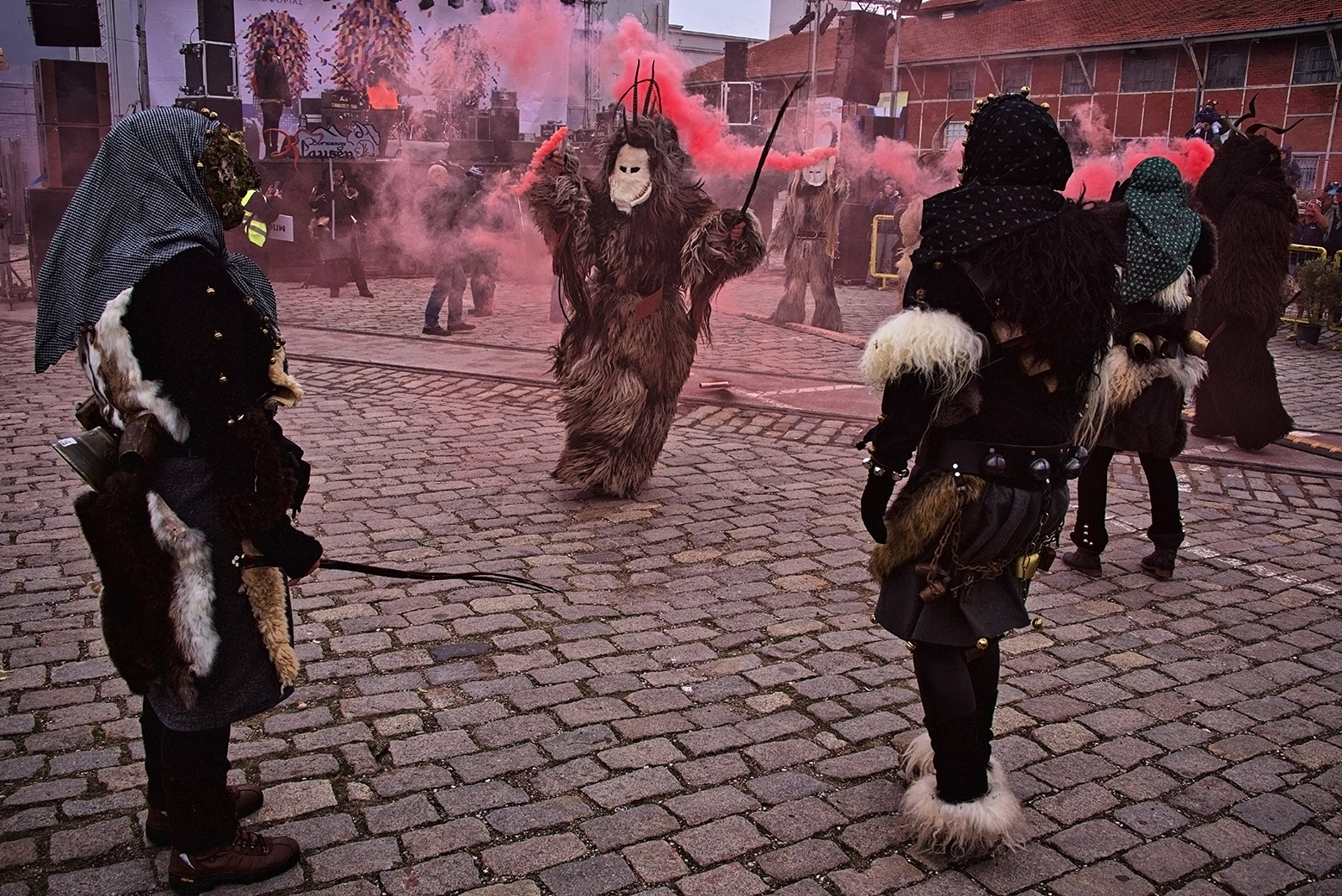 The Road of Bells_1, Thessaloniki,Greece...

The Road of Bells_1, Thessaloniki,Greece...

Every year during February Thessaloniki hosts the European Festival of the Meeting of Bell Bearers, “The Bell Roads”. The bell has a trait that is associated with its presence in salutary, fertility and vegetative rituals, forms and versions of which we encounter till this day. The sound alone or in combination caused awe, excitement but also fear, strong emotions which the performers aimed at transferring to the beneficial or deleterious forces of nature, in an attempt to summon them or to exorcise them. These customs of folk cultures include rituals with profound symbolisms. They are performed with the collective participation and affirmation of a community at a certain time in the annual cycle. Particularly, the customs of bell bearing are expressions of eugenic and dissuasive nature of the agro-pastoral society loaded with the fear of bad crop and the hope for a rich harvest. The climax of this load is noted in the passage from one production run to another, between the beginning of winter and beginning of spring. During this time dramatic performances with collective masquerades with masks, leathers, bells seek to appease the mysterious forces that affect the fertility of nature and to remove with deafening manner the bad demons that are blocking it. Therefore, in the origin of any performance we recognise the deepest tendency of the human to sacredly surround the labours on land with acts of imitation, for example, movements of plowing and sowing. The performance is a rite intended to protect the survival of the community, thus it is pervasive and acceptable where communities of shepherds and agrarians spread and so it has a universal nature. The Road of Bells is a terrific celebration at which the general public is presented with the customs of bell-bearers in delightful events and scientific meetings. The manifestations culminate on the last day of the event with an impressive parade of groups from Greece and Europe.
This year, under a bitter cold, groups begun at noon at the White Tower and arrived at The Port by way of the Seaside Boulevard, where for 15 minutes, they present their customs with dances and music. On that day the entire city literally trembles from the impressive rhythm of the bells, while citizens and visitors alike are carried away and excited by the impressive sight of the variety of masquerades, but basically from the passion, the intensity, and the momentum of hundreds of bell-bearers which inundate Thessaloniki.
Scenes of a group from Borvang, Germany, performing their dance, Thessaloniki, 24 February 2019.