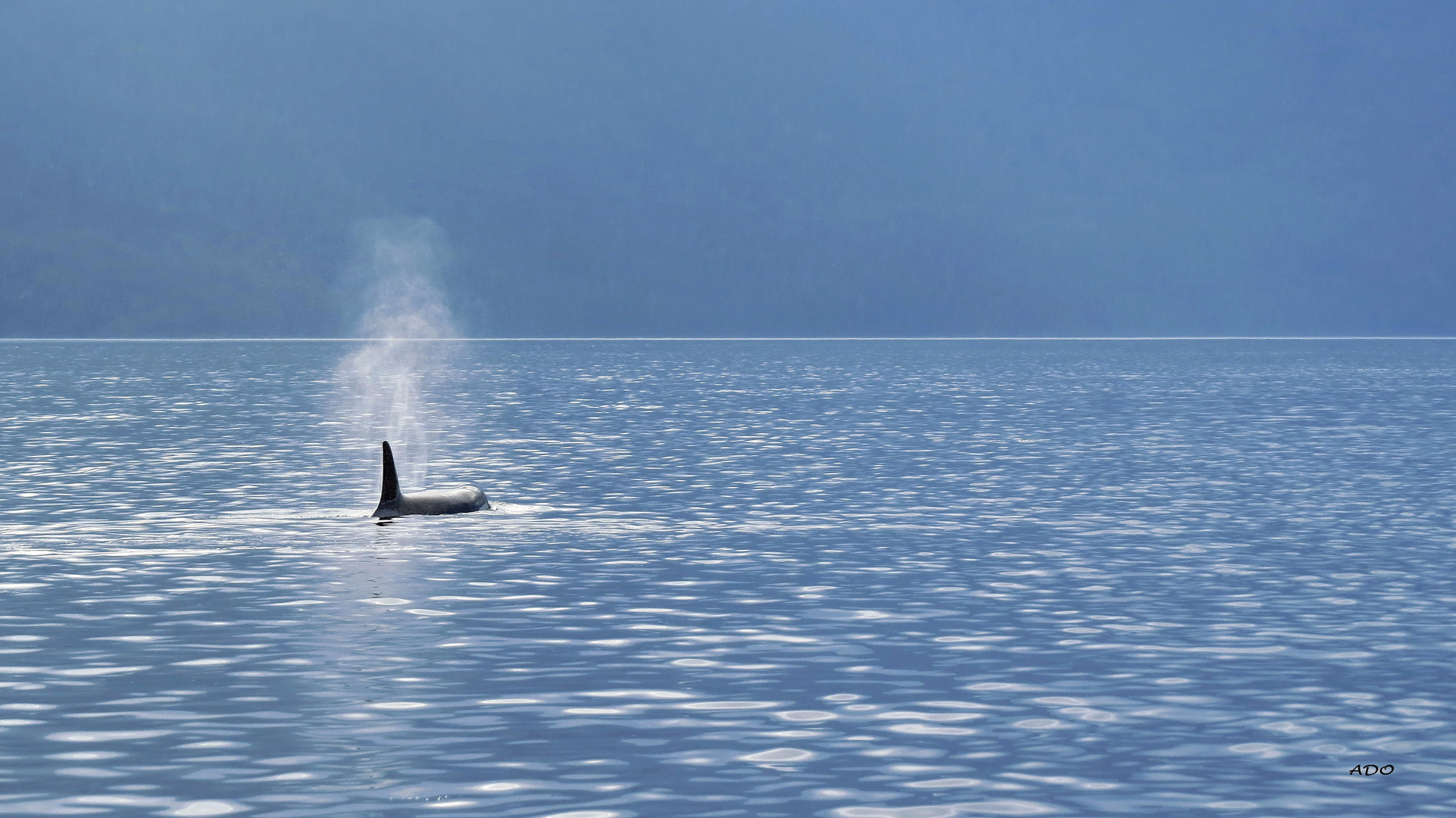 an Orca (or Killer Whale) in the Johnstone Street where there is a group of resident orcas at Robson Byte residing all year round ..
I followed the orca's diving and emerging with his tall spout of air … not the best, but the only capture of him already far away - and again I had the tiller in one hand, was turned half around and caught him with my camera in the other hand.