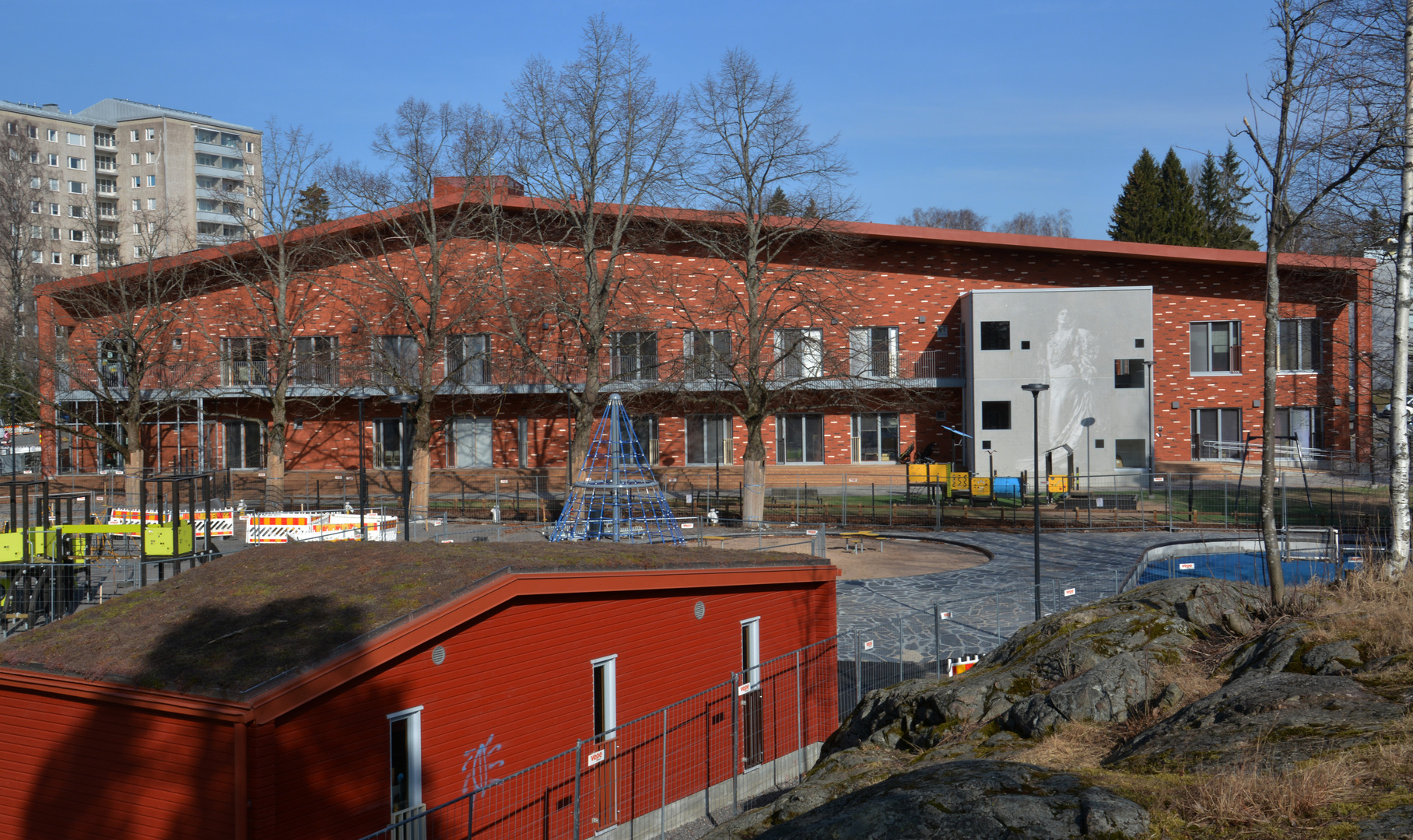 On the grey wall is the portrait of actres Iida Ahlberg. Aalberg was born in Leppäkoski, Janakkala. She was a member of the Theatre of Finland from 1874 to 1883 and later a regular visiting actress. She also performed on foreign scenes, in Scandinavia, Germany, Hungary and Russia among others. Although she never managed a breakthrough in a foreign language she remained respected and highly popular in Finland, even when spending much, or nearly all of her time abroad.

A new theatre house that opened in 1902 led to the renaming of the Theatre of Finland as The Finnish National Theatre. A few years later Aalberg began to show an interest in directing and administration which lead to her appointment as director-actor (assistant manager) in 1909.

She was not a success as a director. When her contract was terminated in 1911 it caused a cultural scandal and she was never to perform regularly in the National Theatre again. She celebrated her 40-year anniversary as an actress there in 1914 and a visiting performance was being planned but her sudden death in January 1915 in Saint Petersburg came before the plans could be carried out. She is buried in the Hietaniemi Cemetery in Helsinki.[1]

Aalberg's first marriage was to a well-known Finnish nationalist Lauri Kivekäs from 1887 until his death in 1893, and the second in 1894 to Baron Alexander Uexküll-Gyllenband from St Petersburg, who was a lawyer and philosopher and later became an influential person in the Finnish theatre scene.