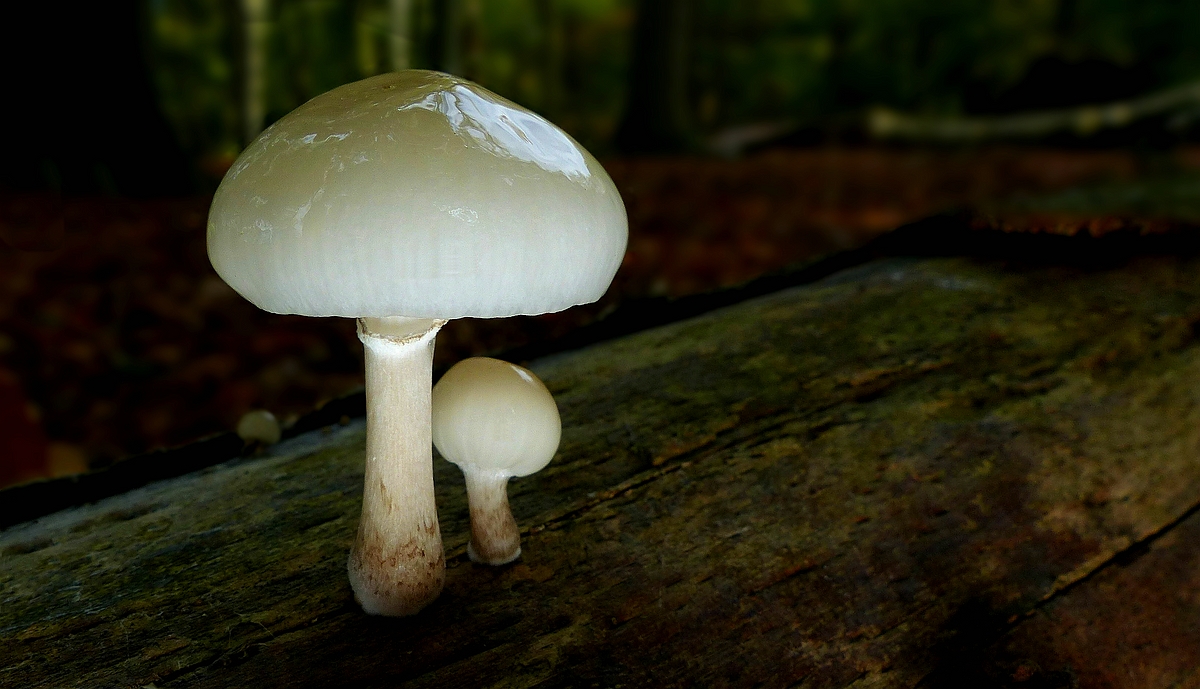 The porcelain fungus is a white, slimy wood-rot fungus and is strongly tied to rotting beech on which it grows.

It got its name by the layer of transparent mucus that covers the cap and so imitates porcelain.

This is my last fungus shot of the 2019 autumn, which was a good fungi season :-))
I hope you all enjoyed the pictures of the fascinating fungi world as much as I did when I found and shot them all.

With just one click below, you can see here my complete fungi series so far :