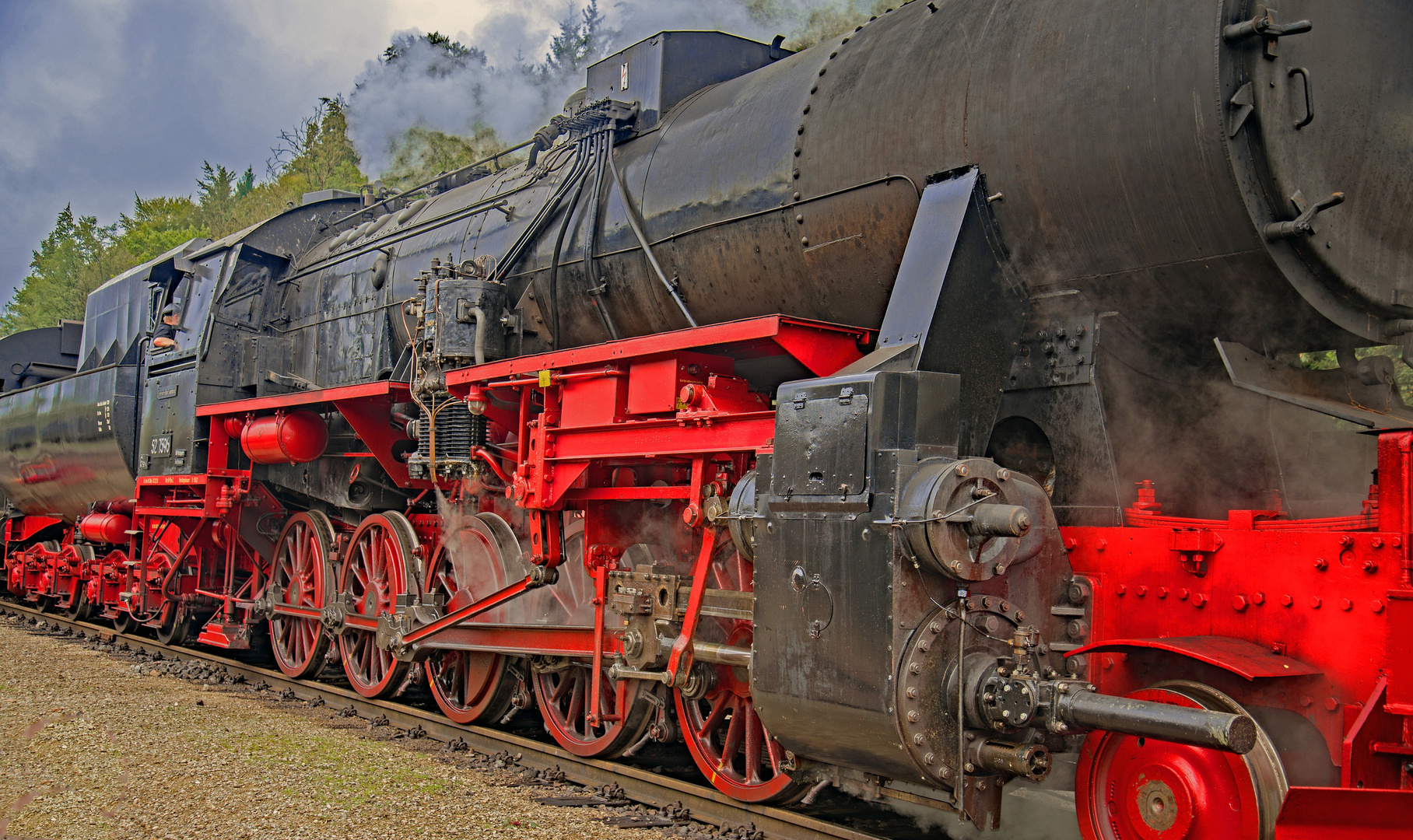 Steam locomotive of Wutach Valley Railway in southern Germany. It is one of the most unusual and impressive stretches of railway in Germany. It links the town of Waldshut-Tiengen, on the Upper Rhine Railway (Hochrheinbahn) and the border of Baden-Württemberg and Switzerland, with Immendingen on the Black Forest Railway (Schwarzwaldbahn). Because of the twisting route of its central section, it is popularly known as the Sauschwänzlebahn (pigtail line).