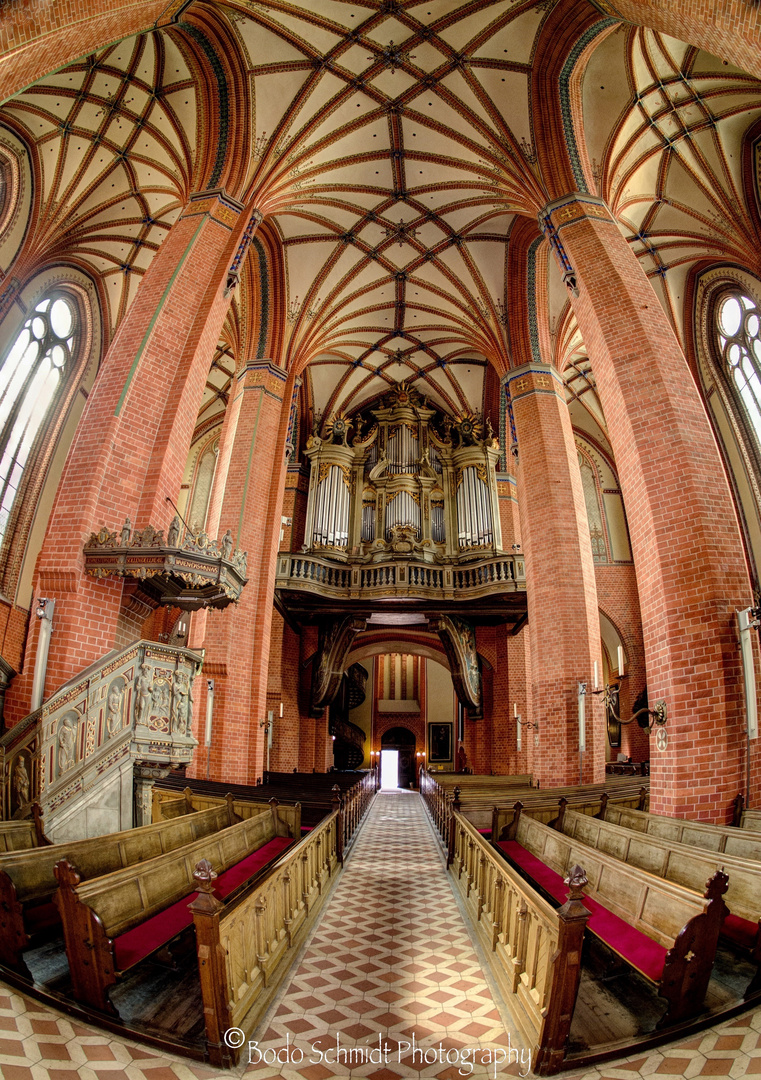 St. Marienkirche in Güstrow, St. Mary's Church Güstrow ...
The St. Mary's Church is the Church of the Lutheran parish Güstrow. The church belongs to the provost Rostock in Mecklenburg church district of the Evangelical Lutheran Church in Northern Germany (North Church). The church is a triple nave. Its current shape it has received after a restoration in the late 19th century. The parish church is the work of the North German brick Gothic.

1370 councilor Jacob Worpel donated the first organ, which was destroyed in the fire 1503rd
1605 organ builder Christian Valentin, Schwerin, built the second organ, which in the 30-year war
was destroyed. He had also built the organ for the Doberan Minster.
1764 organ builder Paul Schmidt, Rostock, who also created the Organ of Rostock Marienkirche,
built the third organ with the still admirable late Baroque
Organ.
In the 1st World War, the front pipes had to be surrendered. They were in 1926.
replaced.
1931 construction of the organ by the firm Sauer, Frankfurt / O., While maintaining the old
Prospectus.
Since 1971, the organ is regularly serviced by the Mecklenburg Organ Builders in Plau
In 1983 a slight but effective sonic transformation. The organ verfügtseitdem over 2,916 sounding pipes, spread over 3 manuals and pedal with a total of 43 registers.