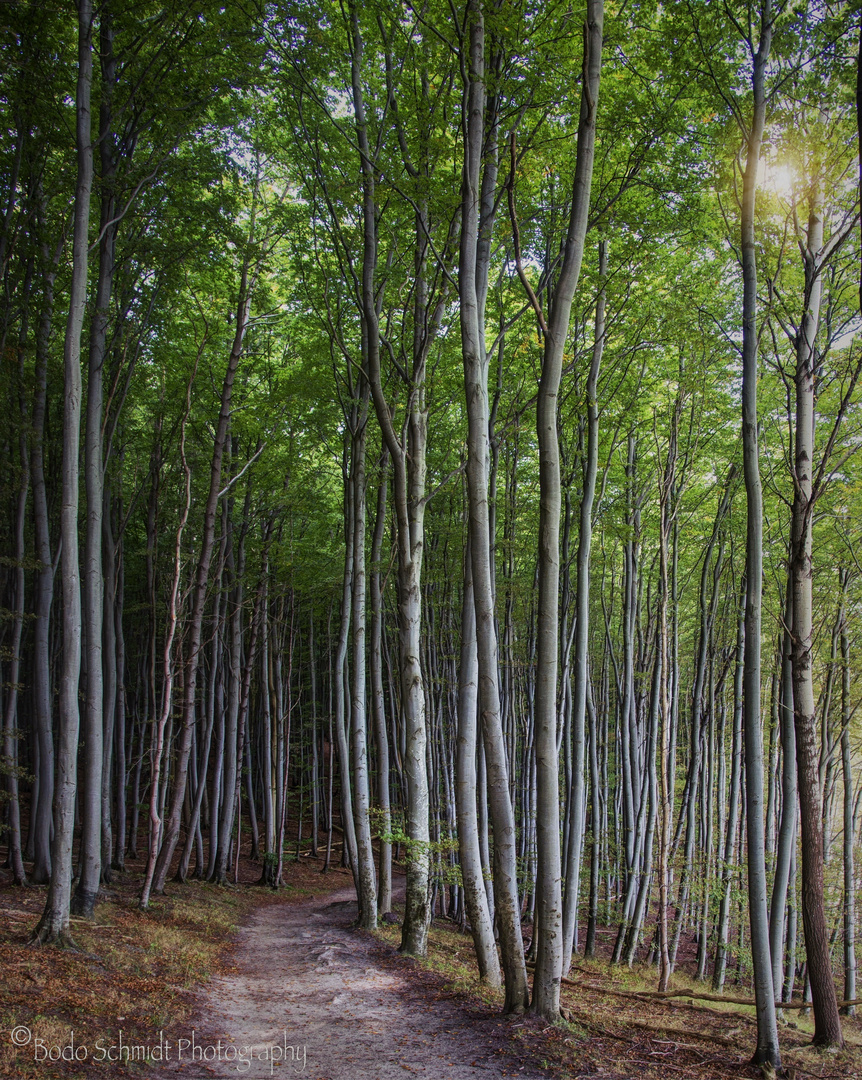 Jasmund National Park
The Jasmund National Park is located on the peninsula Jasmund in the northeast of the island of Rügen in Mecklenburg-Vorpommern and is since 12 September 1990. He is 3,003 hectares (ha) in size and is Germany's smallest national park. Since June 25, 2011 include a part of the Buchenwald of the park, a UNESCO World Heritage.

The area of ??the National Park Jasmund comprises the area under original Buchenwald ridge Stubnitz north of the port Sassnitz with the chalk cliff coastline (2,200 ha) (characteristic mainly Stubbenkammer), a 500 meters into the Baltic Sea reaching into water strips (603 ha) and 200 ha in the west of the national park that is. from the former Quoltitzer chalk quarries, meadows, bogs and dry grasslands assembly The highest elevation of Ruegen, the 161 meter high Piekberg, is also located in the National Park The history of the National Park

The natural chalk deposits on the Jasmund Peninsula was mined in chalk quarries long. As in 1926 threatened to reopen an already disused chalk break, pointed to the coast north of Sassnitz as a nature reserve from. On 12 September 1990 this stretch of coast was declared as part of the National Park program to the national park.