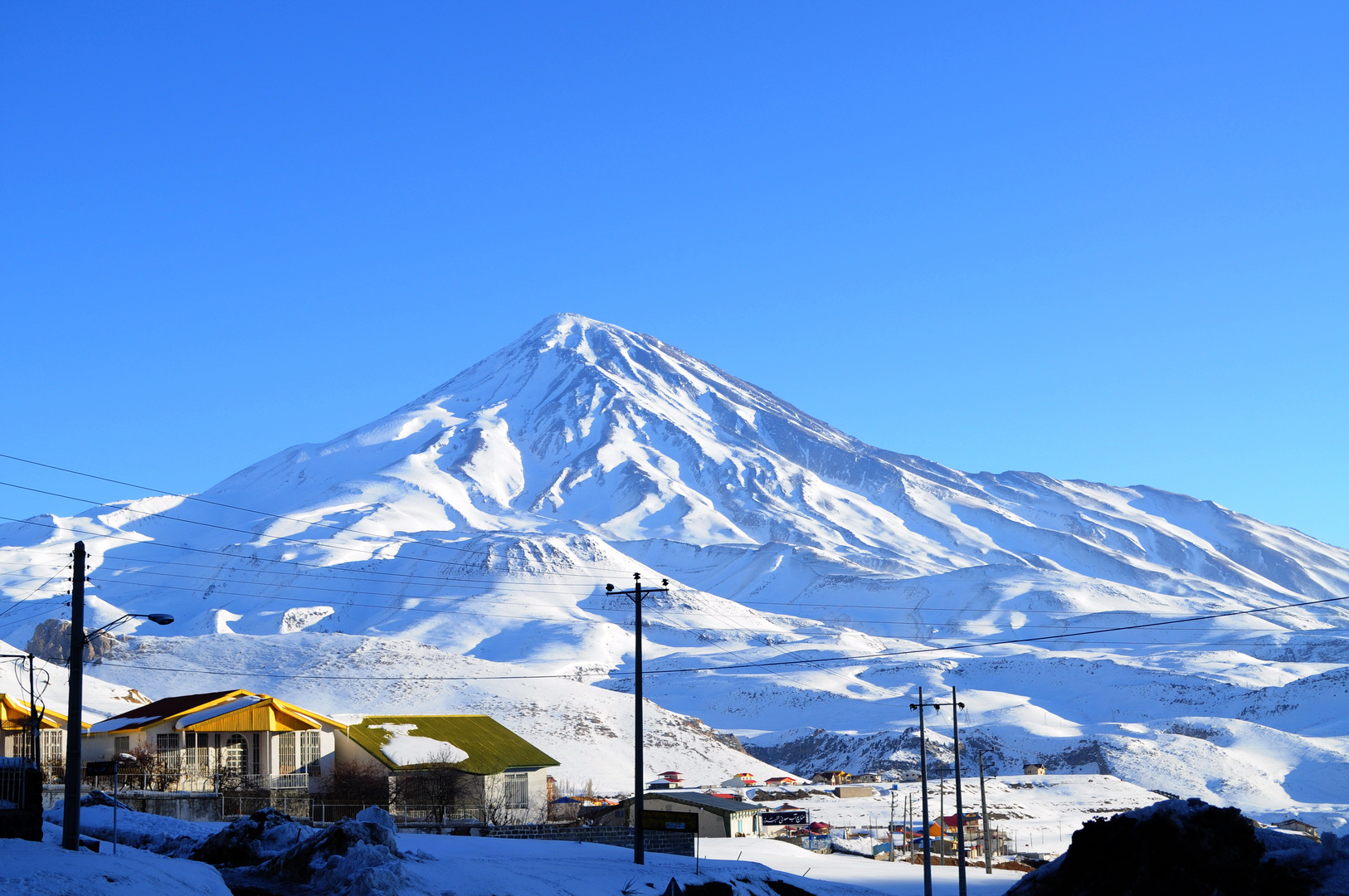 also known as Donbavand, a potentially active volcano and the highest peak in Iran, has a special place in Persian mythology and folklore. Located in the middle Alborz Range, adjacent to Varārū, Sesang, Gol-e Zard and Mīānrūd, it is the highest point in the Middle East and the highest volcano in all of Asia. It is a potentially active volcano,[6] since there are fumaroles near the summit crater emitting sulfur, which were known to be active on July 6, 2007.[7]
The mountain is located near the southern coast of the Caspian Sea, in Āmol county, Māzandarān, 66 kilometres (41 miles) northeast of Tehran.