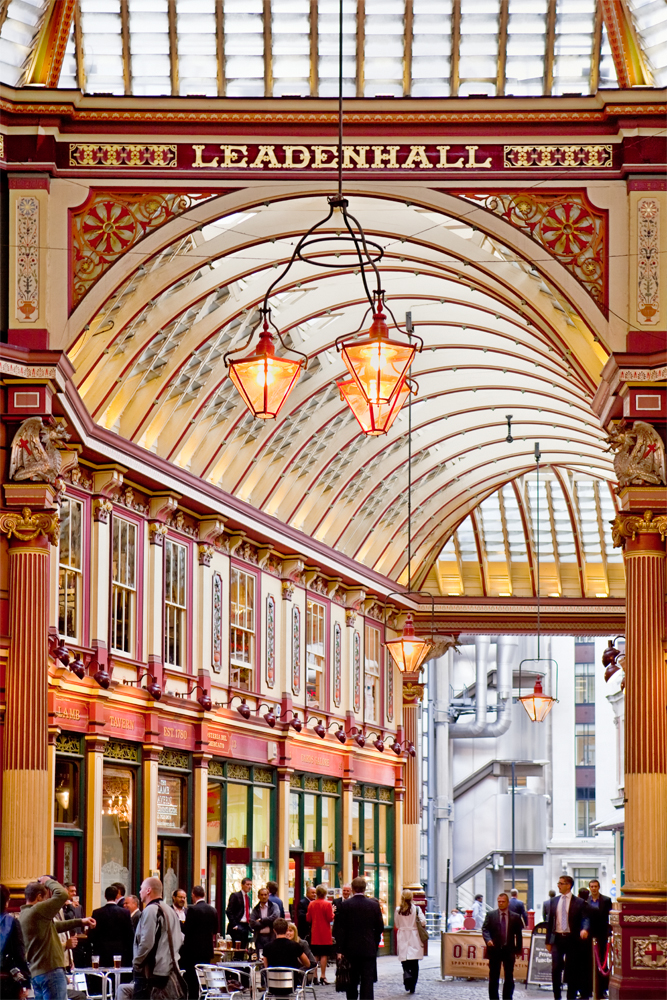 Leadenhall Market is a covered market in the City of London, located in Gracechurch Street.

The market dates back to the fourteenth century. It stands on what was the centre of Roman London. The current building was designed in 1881 by Sir Horace Jones (who was also the architect of Billingsgate and Smithfield Markets).
Hollywood has noticed the charms of Leadenhall in 2001 when it was used as Diagon Alley in Harry Potter and the Philosopher’s Stone. It is also featured in the film The Imaginarium of Doctor Parnassus.