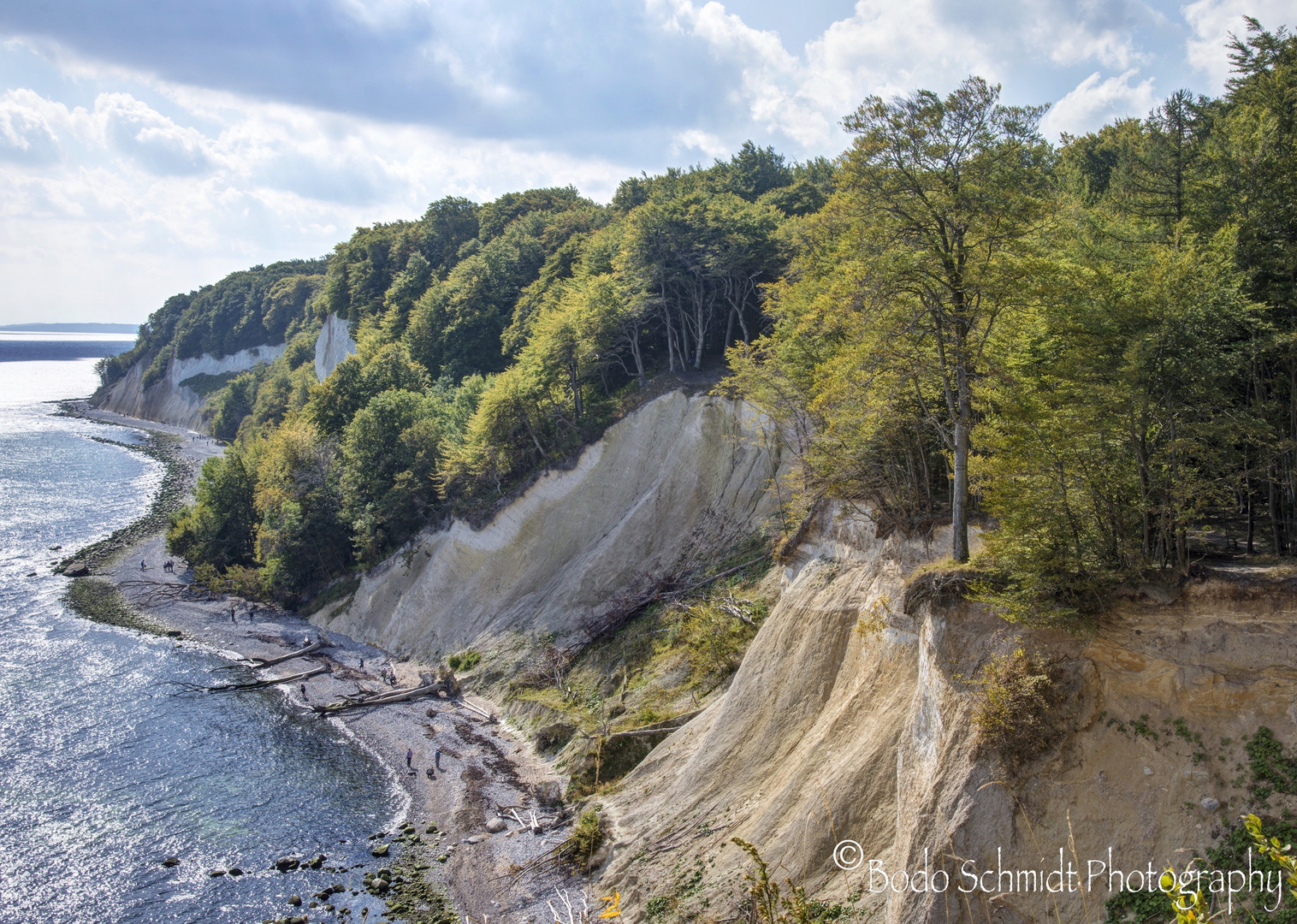 The chalk cliffs of the Jasmund National Park

The chalk cliffs of the island Rügen exposed Are One Standing erosion. With each storm large pieces break out of the rocks and tear occasionally also trees and shrubs with the sea. be Extricated the possibility fossils: Here are fossilized remains of sea urchins, sponges and oysters to discover. The erosion of the coast has risen since the 19th and 20th centuries larger boulders were taken off the coast in order to use them for the development of ports. The boulders worked before chalk rock as natural breakwaters; since its removal penetrates the water of the Baltic Sea with unbroken violence against the cliff.

The most distinctive feature of the national park is the 118 meter high chalk cliffs king chair, which was founded in 2004 incorporated into the grounds of the new visitor center. The platform of this outstanding from the coastline chalk rock entering average annually 300,000 people to look from there to the Baltic Sea and the adjacent imposing coastline can.

As a special appearance the Wissower clinics worldwide fame have achieved, but these were largely destroyed by a large lake demolition since February 24 of 2005. Erroneously it is often assumed that these were immortalized by Caspar David Friedrich 1818 in his painting chalk cliffs on Rügen. In his time, so about 200 years ago, but there were also other Cretaceous rock formations at Jasmund coast, about the chalk columns in the Great Stubbenkammer - ie the ravine just north of Königstuhl - and the chalk projections of downed Wissower clinics then very similar, Small Stubbenkammer just south of the Königstuhl. So corresponds to the view of his chalk cliffs on Rügen almost exactly the Stahlstich Small Stubbenkammer of Johann Friedrich Rosmäsler (in Stralsund City Archives), the 1834 this created.

The chalk cliffs of Jasmund was included in the list of 77 excellent national geotopes of 2006.