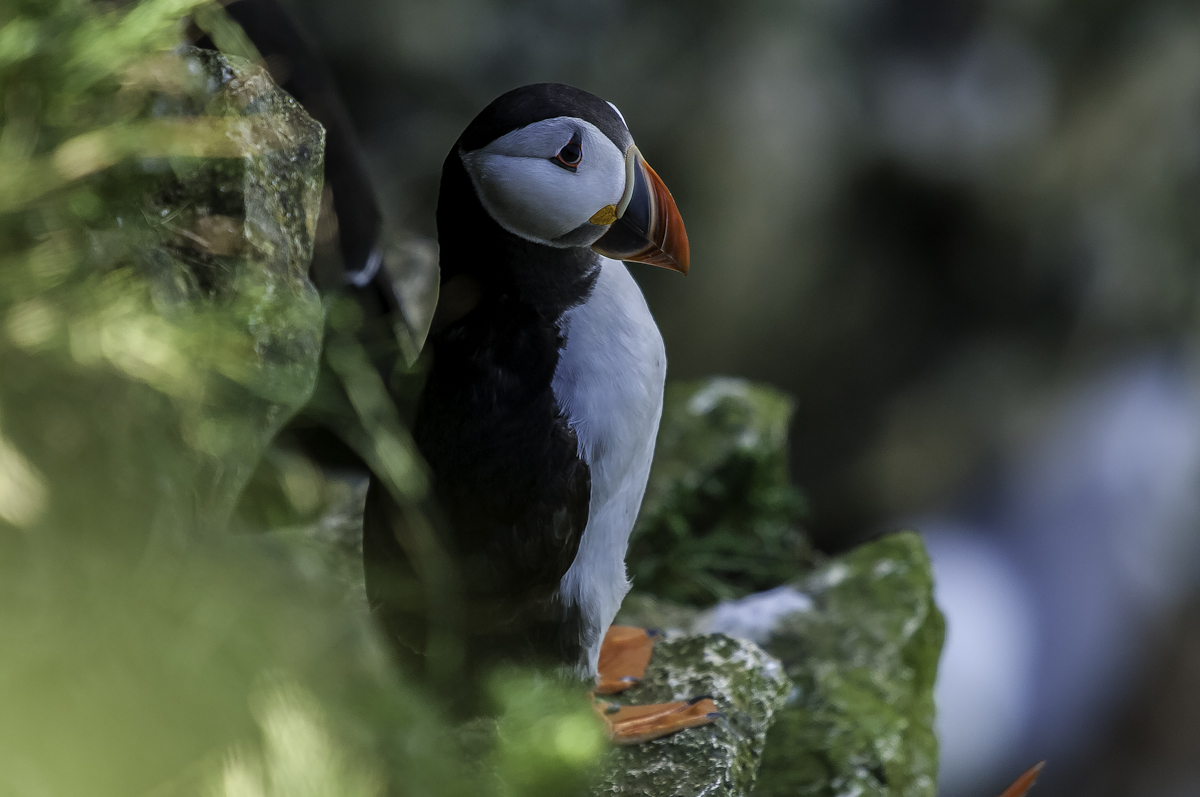 I'm waiting for sum one

I'm waiting for sum one

Puffins are any of three small species of auk (or alcids) in the bird genus Fratercula with a brightly coloured beak during the breeding season. These are pelagic seabirds that feed primarily by diving in the water. They breed in large colonies on coastal cliffs or offshore islands, nesting in crevices among rocks or in burrows in the soil. Two species, the Tufted Puffin and Horned Puffin, are found in the North Pacific Ocean, while the Atlantic Puffin is found in the North Atlantic Ocean.

All puffin species have predominantly black or black and white plumage, a stocky build, and large beaks. They shed the colourful outer parts of their bills after the breeding season, leaving a smaller and duller beak. Their short wings are adapted for swimming with a flying technique under water. In the air, they beat their wings rapidly (up to 400 times per minute)[1] in swift flight, often flying low over the ocean's surface