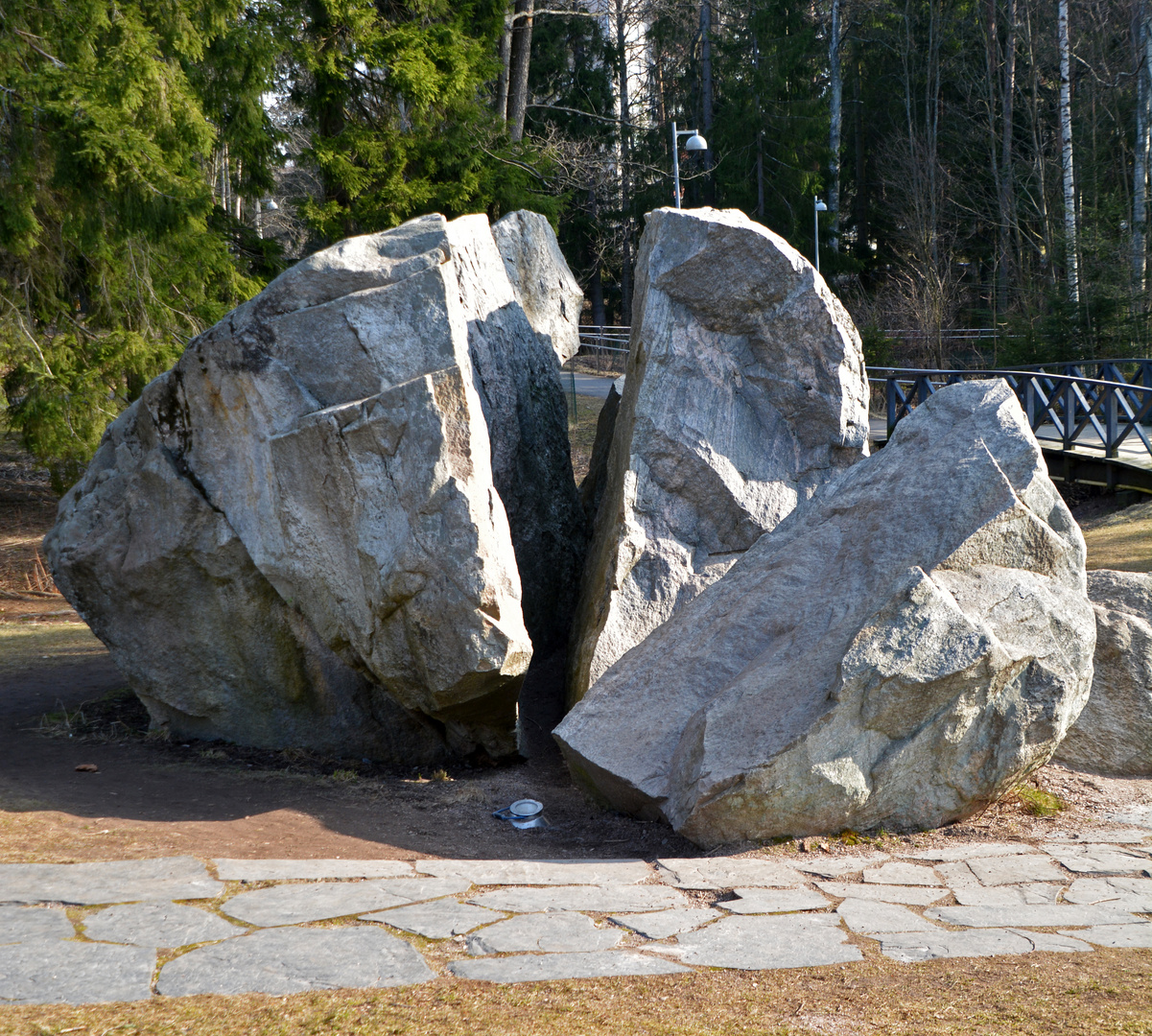 A glacial erratic is glacially-deposited rock differing from the size and type of rock native to the area in which it rests. "Erratics" take their name from the Latin word errare (to wander), and are carried by glacial ice, often over distances of hundreds of kilometres. Erratics can range in size from pebbles to large boulders such as Big Rock (15,000 tonnes or 17,000 short tons) in Alberta.

They can be transported by glaciers, and they are thereby one of a series of indicators which mark the path of prehistoric glacier movement. Their lithographic origin can be traced to the parent bedrock, allowing for confirmation of the ice flow route.
They can be transported by ice rafting. This allows quantification of the extent of glacial flooding resulting from ice dam failure which release the waters stored in proglacial lakes such as Lake Missoula. Erratics released by ice-rafts that were stranded and subsequently melt, dropping their load, allow characterization of the high-water marks for transient floods in areas like temporary Lake Lewis.
Erratics dropped by icebergs melting in the ocean can be used to track Antarctic and Arctic-region glacial movements for periods prior to record retention. Also known as dropstones, these can be correlated with ocean temperatures and levels to better understand and calibrate models of the global climate.[1]