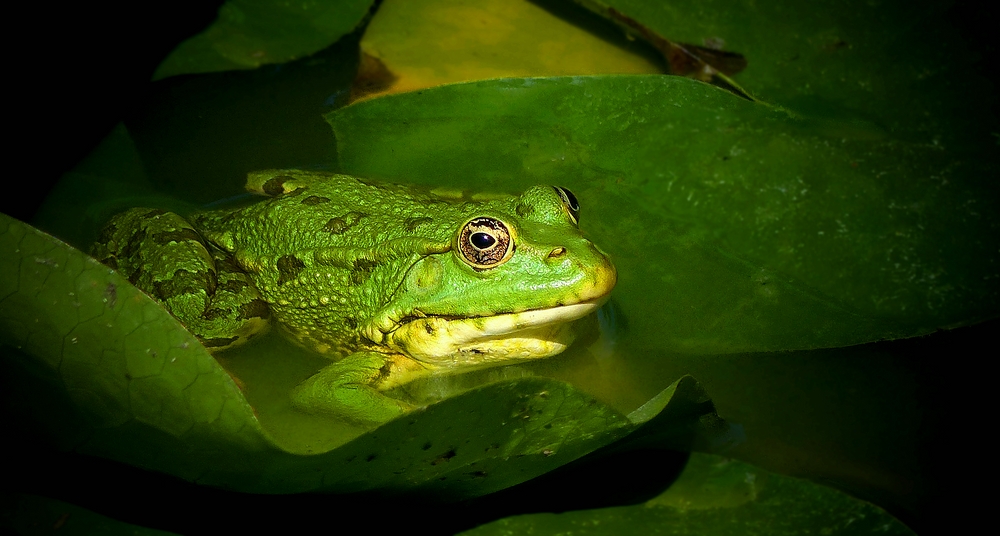 Well hidden in a pond, I spotted this green frog (also known as common water frog), a striking animal, capable of living both on land and in water.

With its long powerful hind legs, it is the fastest amphibian !
The placement of the large eyes allows the frog to see predators without moving the rest of its body.

Depending on its habitat region, it can be found in various colors : bronze, brown, and different shades of green.