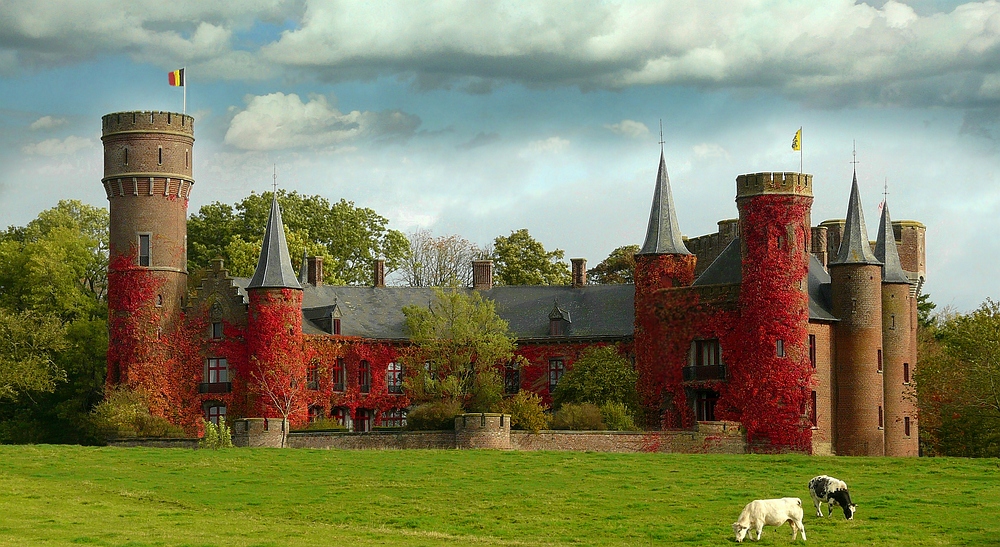 A small wooden stronghold was already built on this spot in the 9th century and was rebuilt in stone in 1278 as a base for military operations.

In the 15th century the whole castle was beautified and restored after undergoing several wars but a century later it was partially destroyed again in another religious war.

The castle was remodeled into an inn and in 1811 a great part of the edifice was demolished by the troops of Napoleon.

A thorough recovery and a total restoration of the ruin was done in 1863 when the castle got its present romanticized, medieval form (a part of the north wing is still originally from the 15th century).

With just one click below, you can see the whole “Castles of Belgium-series” so far

A big thanks to aline64 for the nomination of this picture !