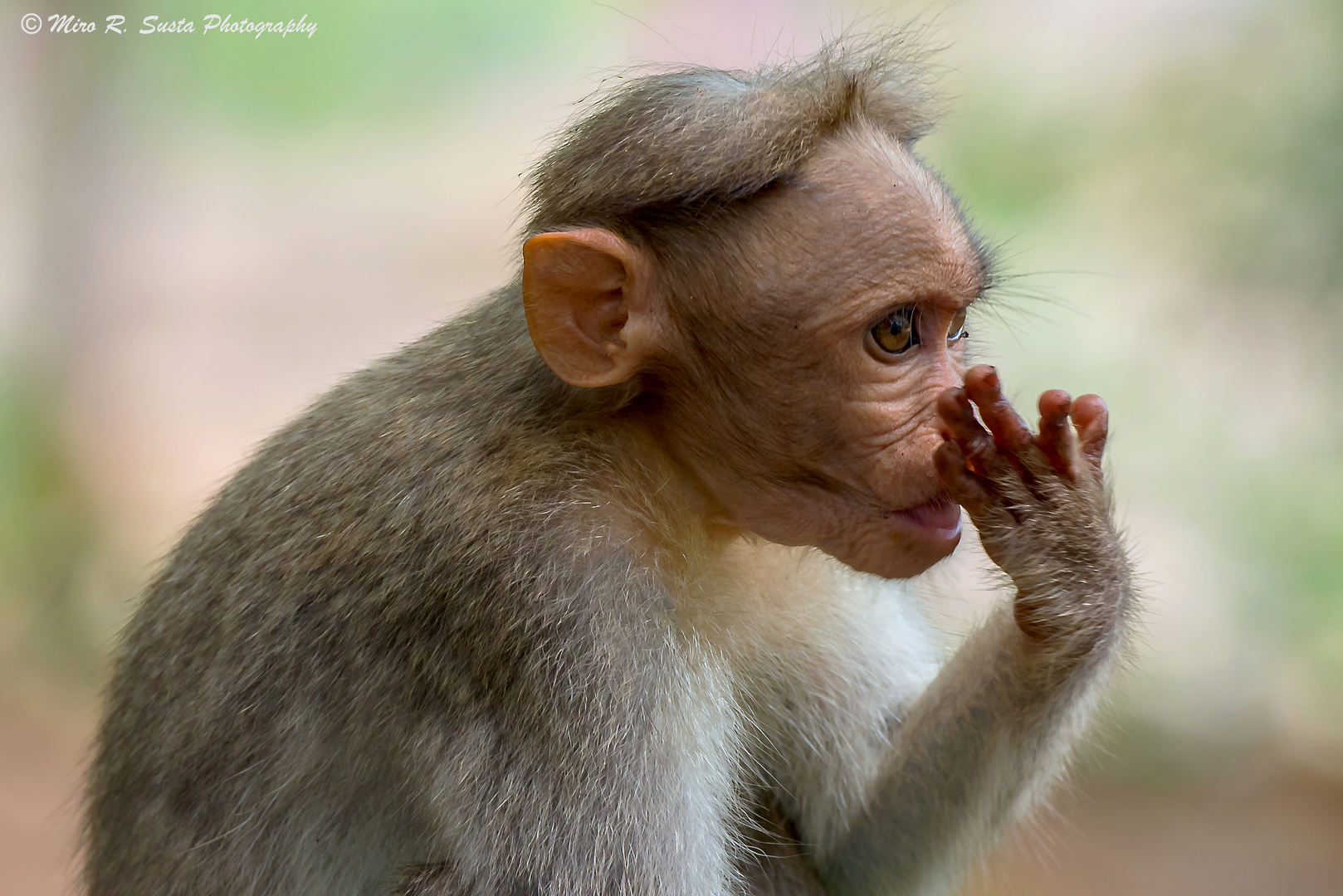 Adult Bonnet Macaque monkey from Athirappilly waterfalls in Kerala, India.
The Bonnet Macaque is a monkey being unique to southern India. Its distribution is limited by the Indian Ocean on three sides and the Godavari and Tapti Rivers along with a related competing species of Rhesus Macaque in the north. Land use changes in last few decades have resulted in changes in its distribution boundaries with the rhesus macaque, raising concern for its status in the wild.
The Bonnet Macaque feeds on fruits, nuts, seeds, flowers, invertebrates and cereals. In southern India, this macaque exists in close relationship to humans, feeding on food given by humans and raiding crops and houses.