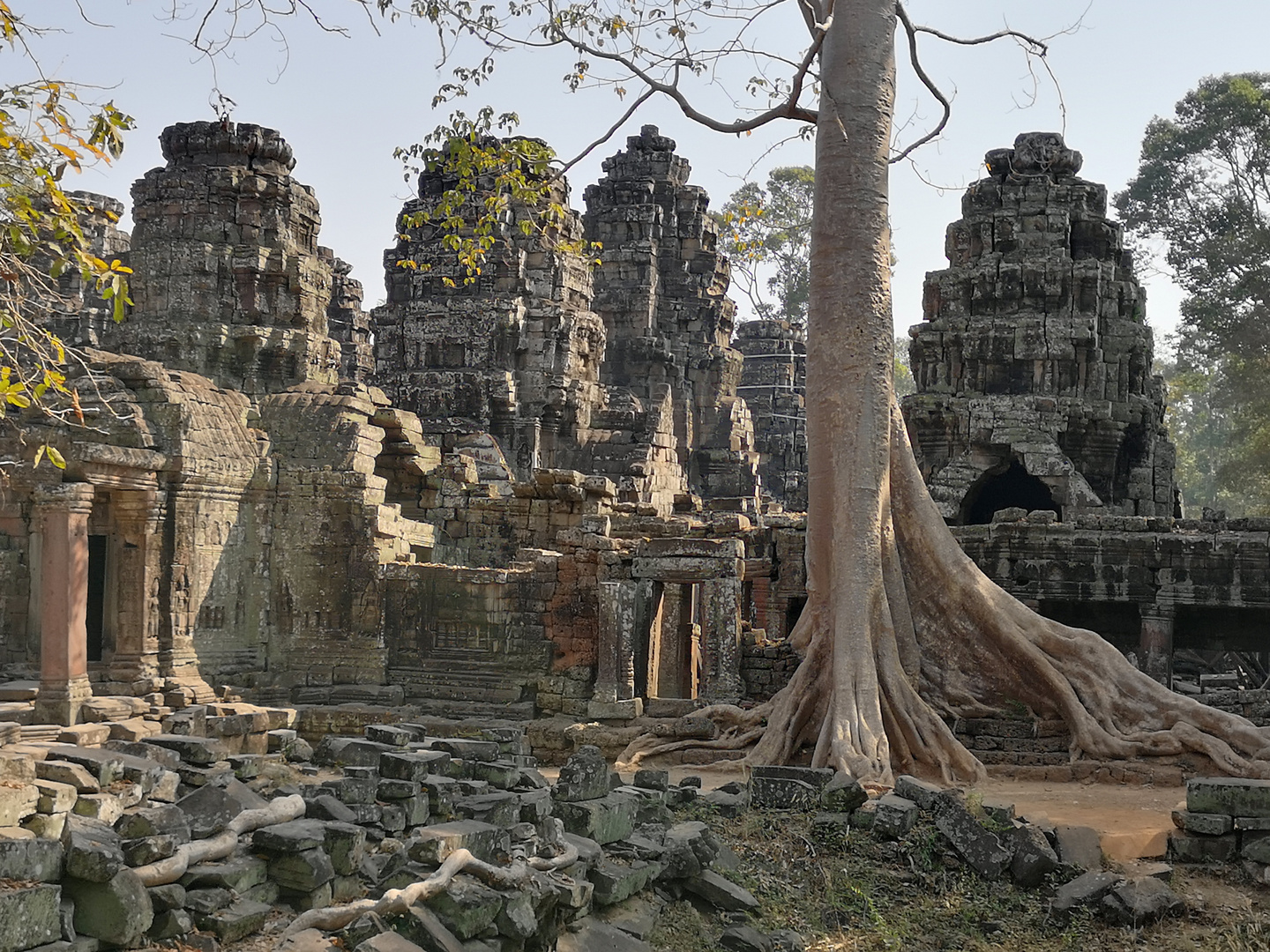 Main causeway completely empty.
Angkor,
capital of the mighty Khmer empire and one of the largest metropolises in the medieval world, was first abandoned in the 15th century.
Today, it lies abandoned once more, this time by tourists and travellers, as the Coronavirus first grounded the travel industry and has since brought the global economy to a shuddering halt.
Anyone who has visited Angkor Wat, the world’s largest religious building, or any of the competing ‘wonders of the world’ has daydreamed about the moment when the crowds finally melt away and you have a global icon to yourself. It should be magical, it is definitely memorable, yet there is a melancholy air to the emptiness, as it signals suffering in Siem Reap, gateway to the Temples of Angkor.

Teil2:
Crossing into the inner sanctum, the main causeway of the ‘temple that is a city’ is deserted and we feel the awe of Henri Mouhot and the early European explorers who ‘discovered’ Angkor. Standing in the same spot a few years earlier for the Spring Equinox when filming the BBC Civilisations series, the causeway was like a London tube station during rush hour. Now, nothing but nature’s soundtrack of resident bats, frogs and birds.

The intricate bas-reliefs wrap themselves around the base of Angkor Wat for more than 800m of spiritual and cultural enlightenment. Hindu epics are told, historic battles unfold and scenes of heaven and hell remind us that death stalks every epoch, including the god kings of Angkor.