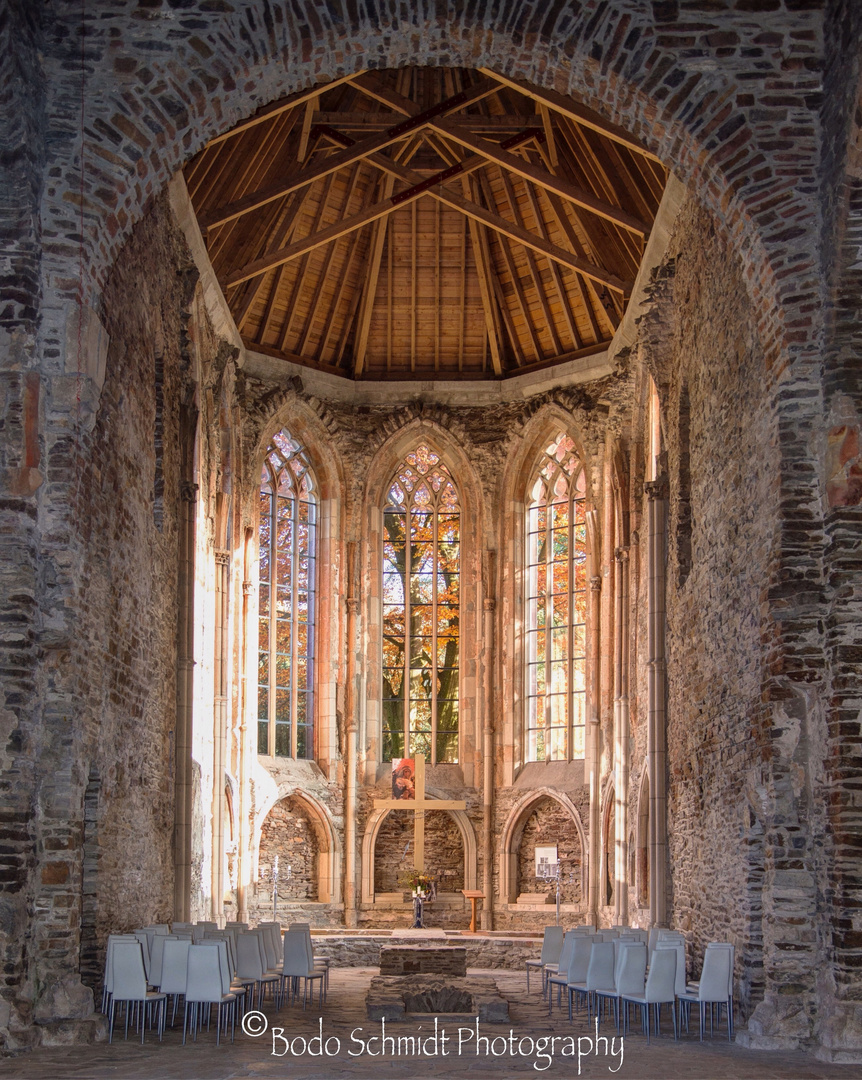 The former Premonstratensian Rommersdorf is the oldest branch of this order in the area of the old Archbishopric of Trier.
The monastery was (also: Reginbold of Isenburg) in 1117 thanks to a donation of Reginbold of Rommersdorf founded. The first resident priest were Benedictines from Schaffhausen. After a few years the Benedictines left the place again. The reason is probably the excessive poverty of establishment to accept. After the Benedictines had gone Rommersdorf fell gradually.
Under the Trier Archbishop Albero de Montreuil the Abbey should be settled around 1135 again. This time Premonstratensians came at the instigation of the Archbishop from the Belgian Floreffe on the Sambre. The Abbey Rommersdorf was henceforth the daughter monastery of Floreffe Abbey.
The once magnificent abbey church also served as a burial site of isenburgischen dynasty, principally for the abbot and other members of the Convention, but also for representatives of the surrounding noble families. These included especially the Count of Wied and County of Isenburg and the lords of Braunsberg. The church was under the patronage of St. Virgin Mary.