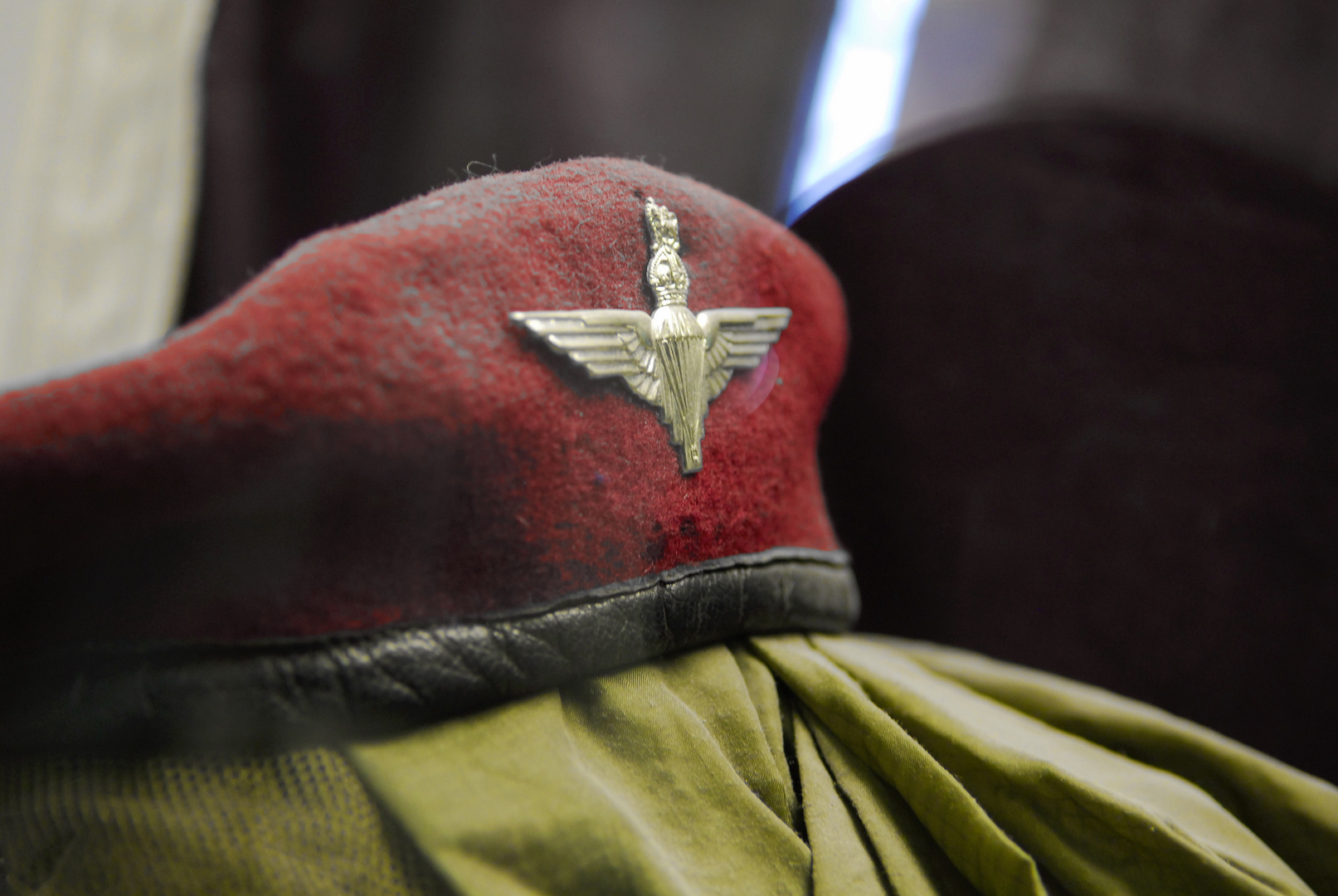 This is no longer worth reporting in the press. The role of the British paratroopers is still fascinating, however, and generations of Britons have grown up with the stories of men like Terence Otway (of Merville Battery fame). I first came into contact with the stories at Hardwick Hall, which was one of the first places where the Paras were trained. There was a story that the wife of their commander, Major-General Frederick Browning, recommended the colour of the beret because it was also the colour of his riding stable. Whether it is true . . .? I don't know, but his wife was Daphne de Maurier, and I wouldn't put it past her.